Antalya Piyaz The bean dish you never knew you needed

admin
1 month ago
Food
No Comments 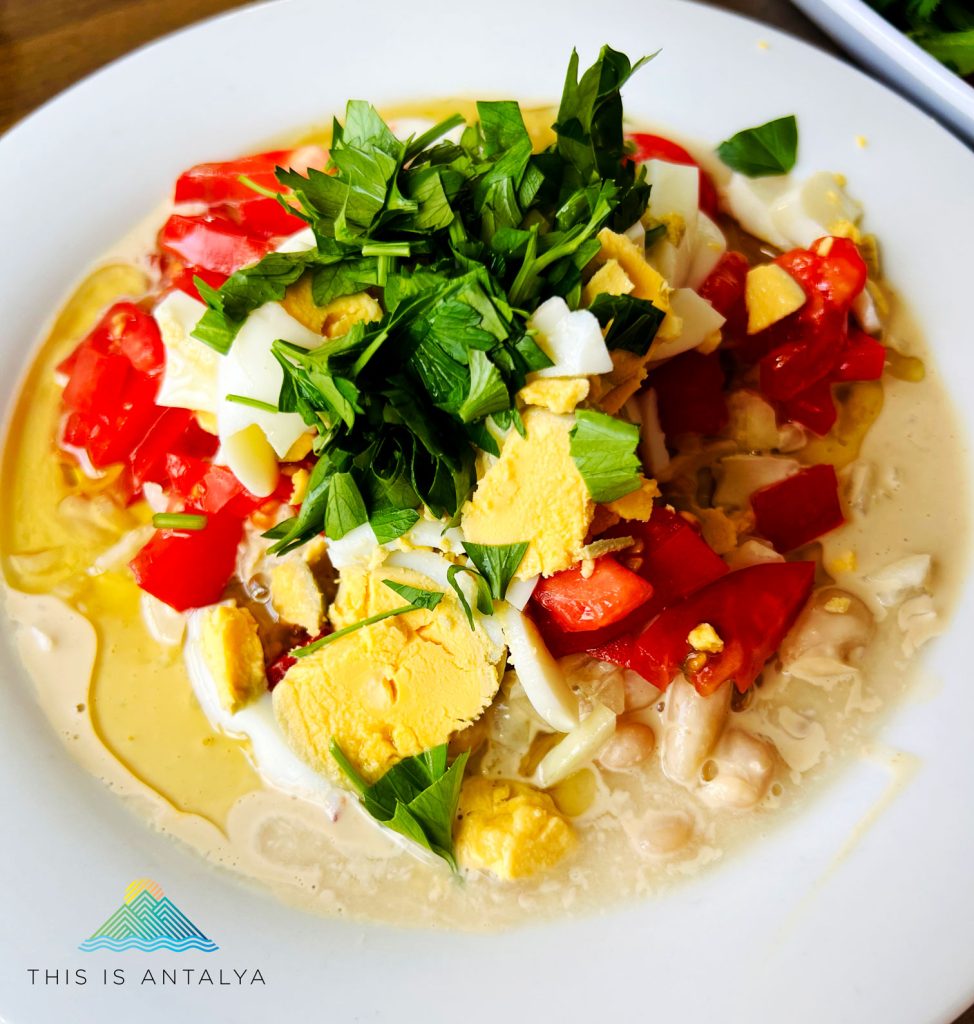 Though we have highlighted piyaz before in our post about local Antalya cuisine, we feel this unusual dish deserves a post of its own because we enjoy it so much.

High on the “things I would never think to put in one dish together” scale, piyaz is composed of multiple ingredients we wouldn’t even normally choose to eat on their own. However, all mixed into one beautiful, tangy, cold side dish, it is hard not to be a fan (unless you are a kid or an adult who doesn’t like beans). The balance and ratio of ingredients is a little different everywhere you go. Antalya piyaz typically consists of white beans and chopped onions in a soupy sauce of tahini, vinegar, garlic, lemon juice, water and olive oil and topped with tomatoes, hard-boiled eggs and parsley.

You can find some places that serve piyaz without the tahini-vinegar sauce, because piyaz is basically a white bean salad in other regions of Turkey. But, we think this is a travesty. Friends, for us, the sauce is the secret. If you like vinegary foods, the zippy sauce in and of itself makes this a must-try dish while you are here.

Piyaz is most often found served alongside köfte (Turkish meatballs or patties). It is the perfect complement, especially when served with bread you can dip into the tangy sauce.

Where can I get it?

Piyaz is different everywhere you go, and some places definitely do it better than others. We love a tangy sauce, not-overcooked mushy beans, and abundant tomatoes and hard-boiled eggs on top.

Based on these qualifications, here is a list of our favorite tried and true restaurants that serve the best piyaz we have tasted: