admin
2 months ago
Adventure
No Comments 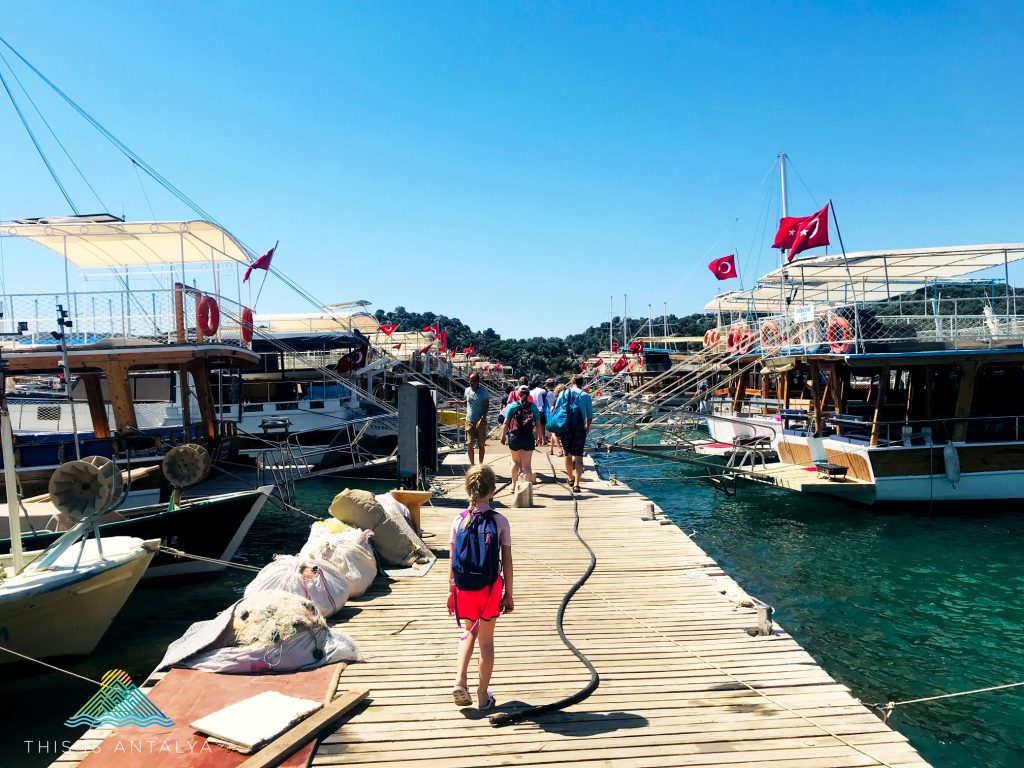 The Kekova and Sunken City boat trip from Üçağız is for adventure and pleasure seekers alike. Going on a “blue cruise”  is a quintessential experience while in Antalya. You really can’t beat sight-seeing ancient wonders, swimming in turquoise waters, soaking up the sun on deck, snapping Instagram-worthy photos, and enjoying local cuisine all wrapped up into one. One sunny day in early June we were visiting Kaş and decided a day on a boat was exactly what we needed. We were not disappointed! Read on to find out why.

For our boat outing, we chose Meis Express as our tour company because it was a known entity to us having done the Meis Ferry to Kastellorizo/Meis. We purchased our tickets the night before. The morning of, we reported to the ticket office a little before 10am.

The tour began with a 45 minute air-conditioned minibus ride to Üçağız. Upon our arrival to this cute little dock town, we were dropped off and immediately followed our emcee/tour guide by foot to our vessel for the day.

After warm greetings from the captain and his wife, we were off for around five hours with multiple stops for swim breaks, lunch, and exploring. Between the cool water and the breeze from the sea, it was the perfect day and time for a cruise.

We were fortunate enough to be on a boat that was not very crowded, so we could spread out and each have our own space to lounge either in the shade or in the sun.

Lunch, prepared by the captain and his wife, was phenomenal and enjoyed on deck. It featured some of the tastiest ev yemekleri (home food) we have eaten in Turkey. It was seriously so good that we would go back just for the meal!

We thoroughly enjoyed the stop in Kale Köy and will feature it and its crowing glory, Simena Castle, in another post.

The hardest part of the day was the minibus trip back to Kaş after the boat trip was over. We were tired, the road was windy, and the minibus had a hard time cooling down. Our kids (and we) were exhausted from all the sun and fun, so it made for a ride that seemed like much longer than 45 minutes!! Fortunately, the fantastic day made up for the not so lovely ending.

The first stop for the day was Aquarium Bay where you could enjoy a swim, drink some tea, and/or watch the other boats cruising around.

After cruising around a bit more, the next scheduled swim break was in Shipyard Bay. Because it was so crowded by other boats and there was not a safe place to throw down the anchor, we did not stop. This was just fine for us, though, because the temperature was not very hot yet and the water was freezing!

Next we cruised slowly by the Kekova Island Sunken City. This fascinating wonder deserves its own post and will get one next week.

Another interesting point on the journey was the Pirates’ Cave. Our captain slowly inched the boat close enough for the bow to jut into the cave so people could take pictures. Then we were on our way to our lunch stop.

Gökkaya Bay is the place where we anchored (along with several other day cruises) for a lunch break. As the captain grilled the chicken and his wife prepped the side dishes, some people jumped in the water for another swim. We waited patiently on the top of the boat and enjoyed the sunshine and cool breeze.

After a lovely break for lunch, the anchor was pulled up and we cruised on to Burç Bay for another swim break. Since the day had warmed up, we all actually jumped in at this point and enjoyed a refreshing swim in the crystal blue, salty sea.

Because we did not stop to swim at Shipyard Bay, our captain dropped anchor at one more point before we returned to Üçağız. We stayed in the boat that time and enjoyed some melon and tea.